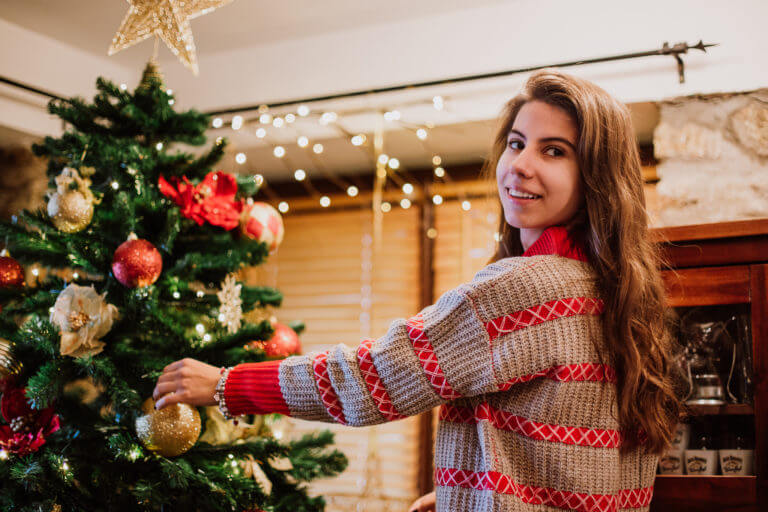 Where do I even begin with this year’s recap? I mean this whole year has been a rollercoaster, and not the good type of rollercoaster that makes you scream and throw your hands up, but the type that leaves you nauseous and disoriented. Looking back, the first half of the year and the second half of the year are like two completely different years, I am a completely different person to what I was 6 months ago. And for the first time (I think) I cannot wait for the year to end.

I view the beginning of every year as the perfect clean start, the perfect way to leave all the negativity, bad memories, toxic people, broken relationships, failures, disappointments in the old year, and take all the positivity, good memories, true relationships, people that mean the most to you and achievements with you in the new one.

This year is really hard to describe, but let’s give it a try. 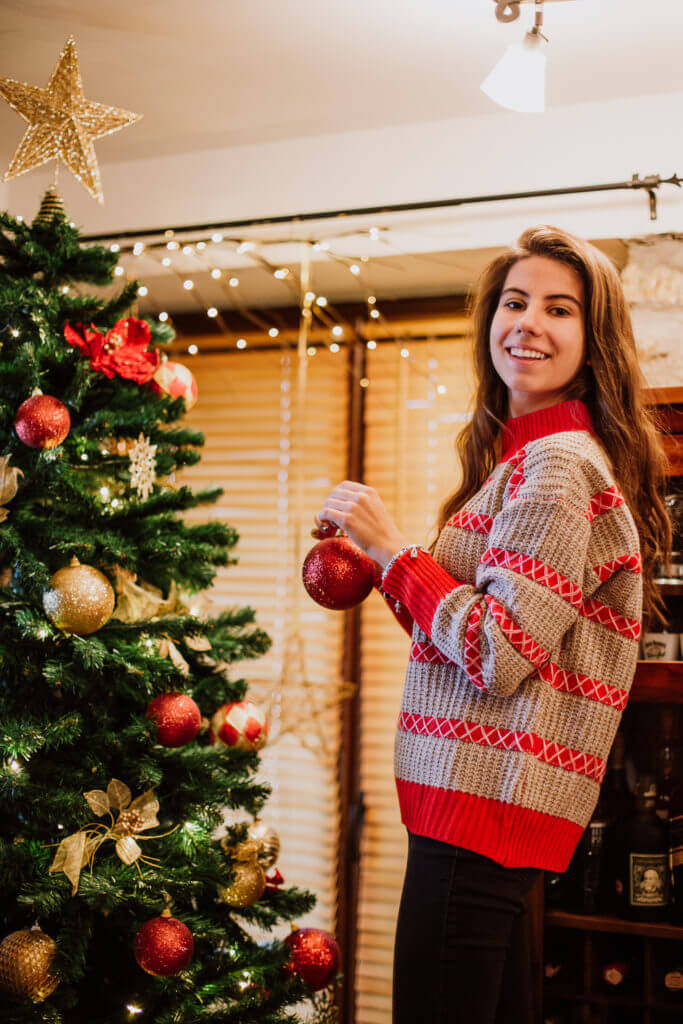 The year started off in a bar in Budapest, where I welcomed the New Year, spent the first day of the year in a plane and generally traveling, which somehow determined how I spent the majority of 2019, considering I took more than 40 international flights, and every other if not every week I was traveling somewhere.

Continuing the year with spending the holidays at home, doing a short trip to the slopes before returning to start the second semester of my final year at university. February and March were pretty much filled with studying, writing my dissertation, stress, some more studying, few meltdowns, some more stress, a handful of deadlines to catch on, and cramming 2 months of work into 3 weeks, before flying out on a press trip to Antalya at the end of March. April was probably my favorite month, a start of some new but also continuation of old collaborations, the month was reserved for an influencers trip to Zanzibar, for which I didn’t have any high expectations but it turned out to be one of the best trips in my life so far. April was the month that I finally blew off the steam, from all the university and dissertation stress. I started figuring out myself and finding out what I want in life, and after a long long time I was truly happy and content, I had everything, even more than I ever wanted. 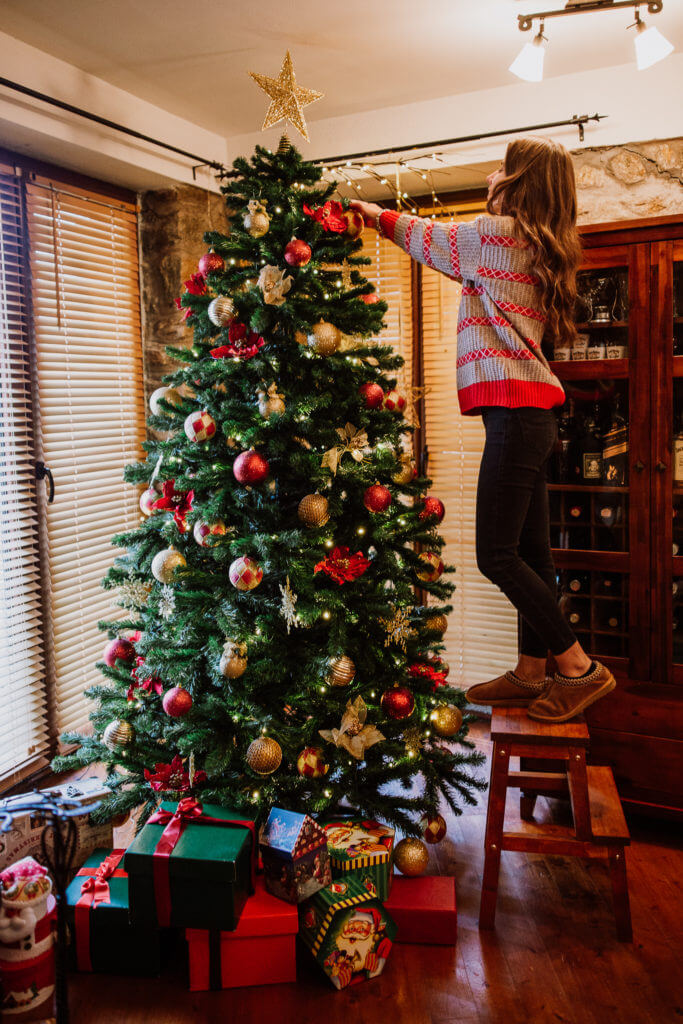 May is always a good month for me, despite the final exams, my birthday makes everything better. Spent the whole month flying around, doing short weekend getaways, last minute cramming my notes, and officially finishing with all the university coursework. Followed by June which was the month of spontaneous decisions, from staying in London the whole month, to boat rides in Hyde Park, road trip along the British coastline, brunches, an influencers trip to Japan, which even now after 6 months I still can’t believe I visited Japan.

July was filled with trips and celebrations. Started off the month in Skopje, and shortly after went to Milan, followed by the prefect weekend getaway on Lake Como. Then back in Macedonia for a few days before returning to London for my graduation ceremony. I got my BA in Politics and International Relations at Queen Mary University, and closed the chapter called university, which was such a bittersweet feeling. Got to celebrate this achievement with (almost) all the people that mean the most to me. The end off the month was finally proper vacation time, a week in Marbella and Malaga or in other words a week of overeating tapas and drinking sangria.

August was stress, stress, some more stress and BIG decisions. Flying out back and forth London-Skopje- London, apartment hunting (which was a nightmare), packing, moving, chasing bureaucratic matters and documents lots of documents. Also, a super busy month for my blog and instagram, so balancing everything while at the same time making sane decisions was not easy. September was…how do I put it, a disaster…in so many ways. While August might have been challenging, September was definitely the month where everything went south, and in the time frame of these two months I think is where I lost myself and had no idea who I am or what I want to do, or how I got here. 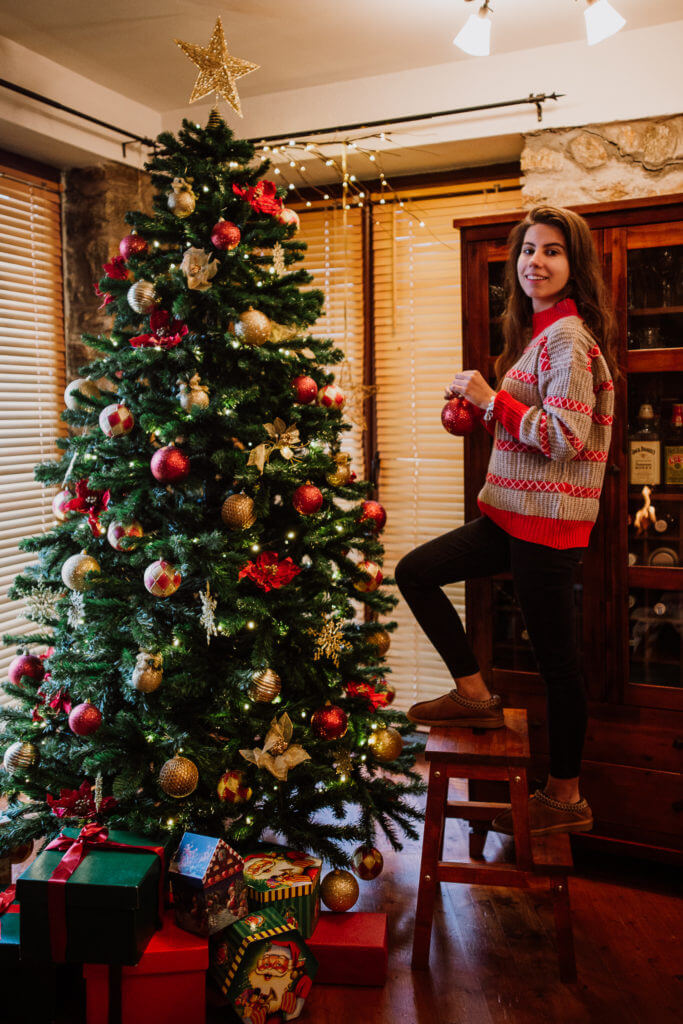 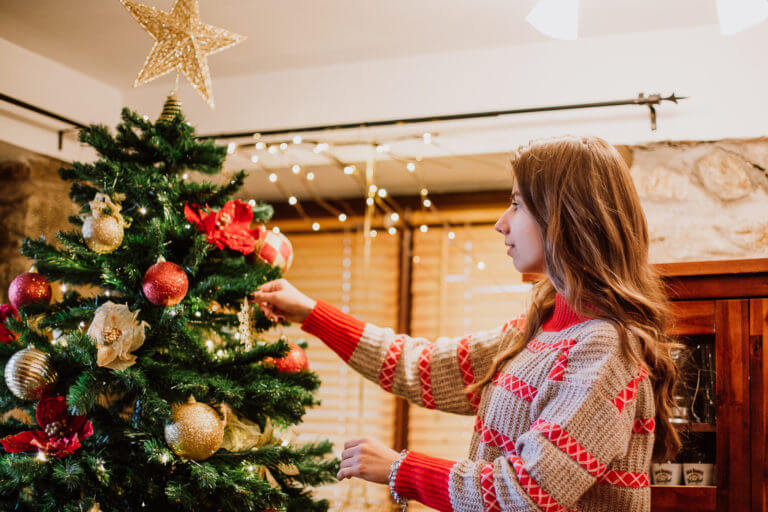 October started off pretty melancholic for me, I wasn’t in the mood for anything, but realized I need to get back in the mood for something, because otherwise I am doomed. I started working harder than ever before, created more content, new collaborations, lots of meetings and planning out the future. Ended the month with a press trip to Malta. November was the month when I lost the majority of personal belongings, got disappointed and let down by some people, and a lot of canceled plans and broken promises. It was also the month of letting go of toxic people and relationships, but also rekindling childhood friendships.

As for December, I had a very optimistic approach, that very fast went down the drain haha. It was probably the busiest working month for me, worked on more campaigns than I worked in the past two months, and had some really cool collaborations that I am really proud off. At the same time it was the month where I literally gave up on my personal life, and concluded that this year was simply not my year on the field of personal matters. And realized that some people are just simply not worth my time, love or kindness. I wanted to do a no complain December, but ended up complaining a lot, something that I am not proud of. It was also a wake up call, that I should come first and that no one is more important than me and my health. 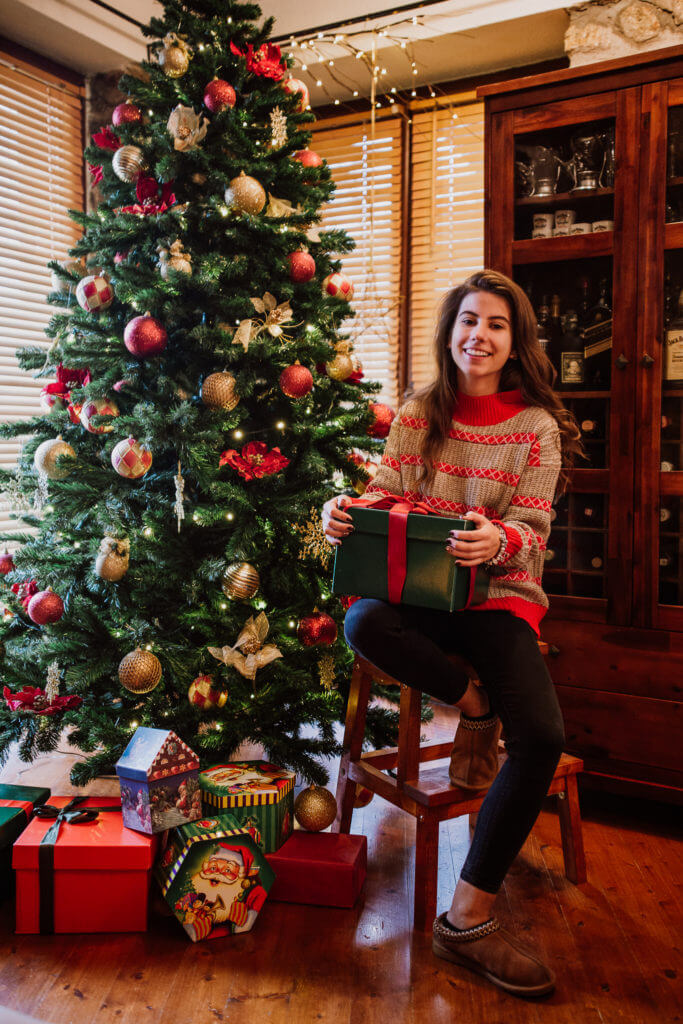 So to summarize, this year has been a very bumpy ride, even though writing it now down I see that not as many bad things happened to me as I had a perception they did, but at the same time I still feel that this year was horrible. But instead of dwelling on it, and asking myself why is the universe conspiring against me I decided to take this as a series of lessons that I learned this year, and those are:

2019 it was one hell of a ride, ecstatic that you are over, not he best year but a year that taught me a lot. But, at the end I have all my family members on count, alive and healthy, my circle of friends might have shrinked a bit, but it’s with the right people, I am a work under construction  but I am sure I will be complete very soon, I am saying goodbye to the old year and welcoming the new year from my favorite place in the world. What more could I ask for?

I want to wish you all a Happy New Year, may this year be filled with love, happiness and many accomplishments to each and everyone of you. Here’s to another year of hanging out at this space that I created that I never imagined it will get so far. 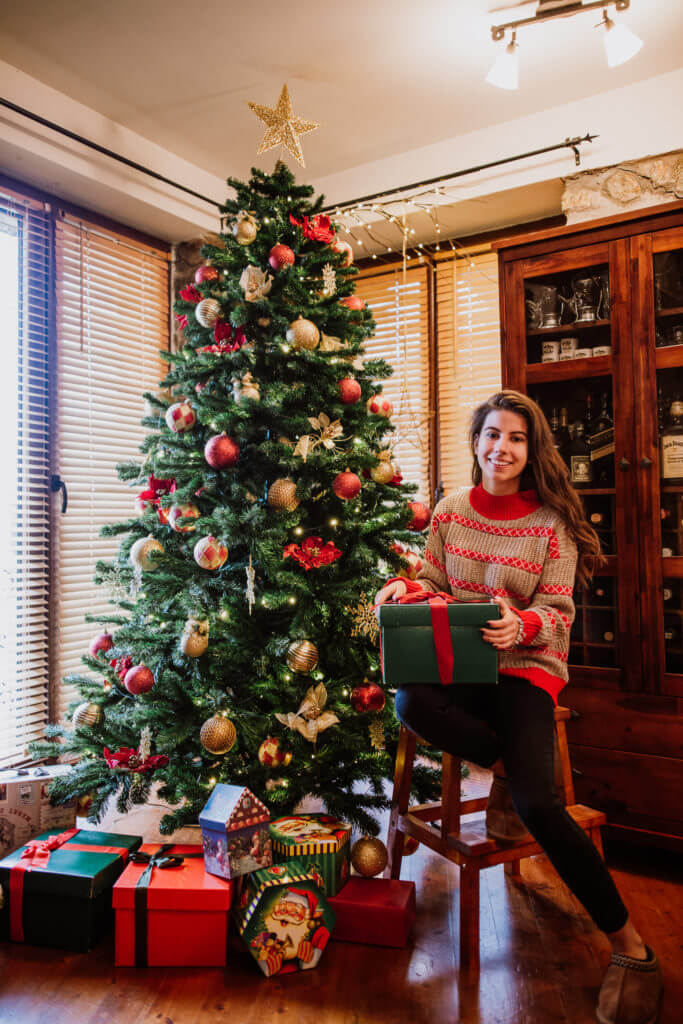 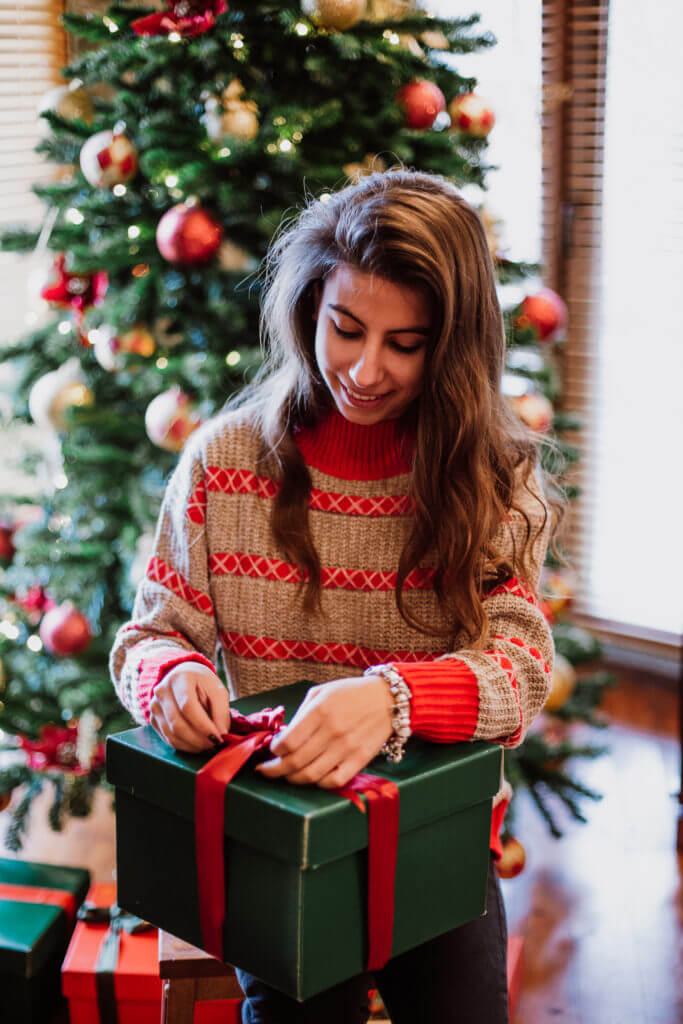