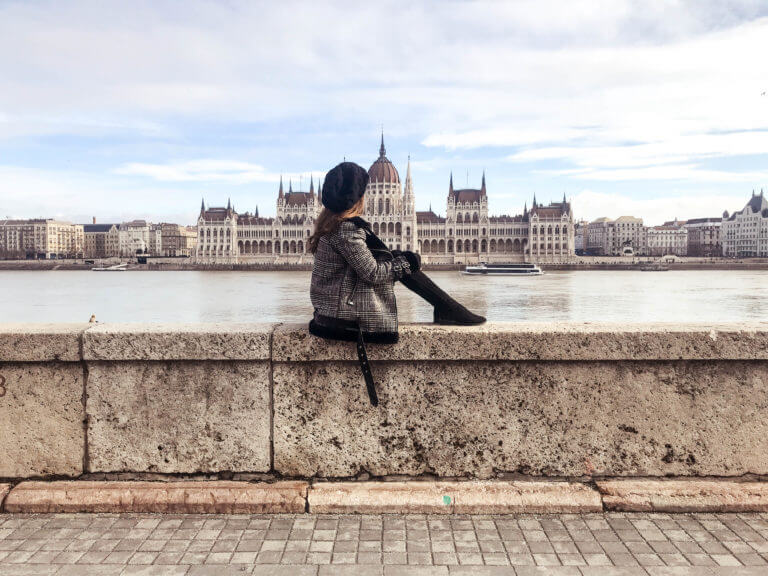 Budapest is always ranked in the top 10 cities to visit in Europe, however not that many people (including me) actually visit it when compared to other European cities. This New Year I didn’t want to stay at home or go to a local bar or restaurant, I wanted to travel somewhere preferably a place I’ve never been to. And Budapest was amongst the first few places on my to visit list, so I decided now is the perfect opportunity.

Divided in half by the Danube river, the hill part Buda and the flat part Best connected by the Chain Bridge forms Budapest. I’ve heard many good things about Budapest, most of which were true. I experienced Budapest as a city of paradox. Cosmopolitan place yet also complicated and unexpected. Although, today Budapest is fully European and looks like the majority of European capitals it’s history is very diverse and interesting. It was first populated by Magyars who migrated from Central Asia, later on Turks, Slavs, Jews and Germans settled in this territory which actually created this diversity that Budapest has today. But the real boom of Budapest was in the 19th century after the Habsburg rulers made Budapest the co-capital of the Astro-Hungarian Empire. From this came all the elegant and grandiose building Budapest has today. If the 19th century was the golden era of Budapest, the 20th was the opposite. Siding up with the Nazis in the Second World War and later being transformed into a communist state. Even though it was a communist state. when compared to the other countries of the Eastern Block, Hungary was far more westerner than the other, and this can be felt even today.

You can walk to literally everywhere, however the sights are not all close to each other. The best way is to use public transport: bus, tram or subway (one of the oldest subways in Europe) which are all very well organized. I worked with Visit Budapest on this trip and was gifted the Budapest Card city pass which has everything you need, and I mean this in every sense. All public transport is covered with this card, if you go for the plus option you also get airport transfer for free to the place you are staying. Entry to the majority of museums, discounts for sights, Budapest Eye etc.

Hungarian Parliament- the iconic neo-gothic building which is also the first thing that comes to mind when someone says Budapest. Its the third largest Parliament building in the world. Unfortunately, we didn’t manage to book tickets in advance so we had to leave the tour bit for the next time.

Heroes Square- was built in 1896 to mark the 1000th anniversary of the formation of the Hungarian state. The monuments represent important people from Hungarian history.

Buda Castle- located on the hill side of Budapest, close to the Fisherman’s Bastion is this famous landmark. It was once the home of kings and emperors, today is he home of the Hungarian National Gallery and the Budapest History Museum. You get free entry to both museums with the Budapest Card

Vajdahunyad Castle- located in the park behind Heroes Square, which is an imitation of a Transylvanian Castle. Because we were in the Christmas period there was an ice rink right beside the castle and an advent market.

Party in a ruin bar- Budapest has some great nightlife, there are bars in every corner. The most popular bars are ruin bars which are inside ruin buildings or houses. Read further down to see which one is the most popular.

Cross the Széchenyi Chain Bridge- the most famous bridge in Budapest, that connects the two towns Buda and Pest. Before leaving for Budapest my grandfather told me the myth of the Stone Lions of the Bridge. The carved lions on the bridge are said to be missing tongues, because the sculptor forgot to make them. When this news was spread around people started making fun of the sculptor, which resulted in him committing suicide from the Chain Bridge. Whether this is true or not, the Chain Bridge is still such a beautiful landmark of Budapest.

Walk by the banks of Danube – enjoy a walk by the river and admire the neo-gothic architecture of this city. If you want to get the best view of the Hungarian Parliament cross on the other side of the bank and enjoy the view.

Fisherman’s Bastion – has the most beautiful view over Pest. Neo-gothic castle built in the late 19th century, named after the medieval guild of fishermen who protected Budapest. It was one of my favorite places out of all Budapest. Tip: go early morning there are less tourists.

Climb the top of St. Stephan’s Basilica – the largest basilica in Budapest, located right in the center. I would most definitely recommend to go to the very top (you can take the elevator or the stairs), the view from above is stunning, you can see everything.

Try some traditional food- it’s a must for me to try traditional food wherever I travel. Hungarian cuisine is very specific and heavy. There is a lot of meat, all types of meat from pork to lamb to duck.

Places to eat and drink

perfect for: brunch or lunch

what to eat: Vegge burger and falafel 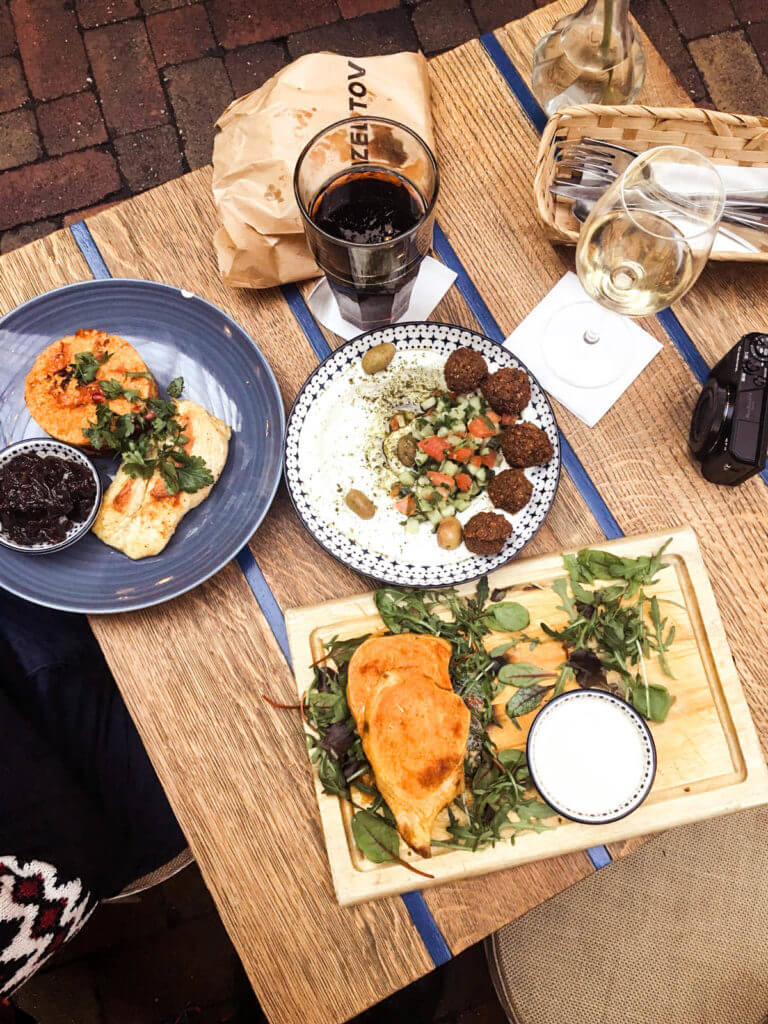 perfect for: dessert and if you want to get high on sugar

what to try: some of their freak shakes

what to try: any of their cocktails that are inspired by famous movies 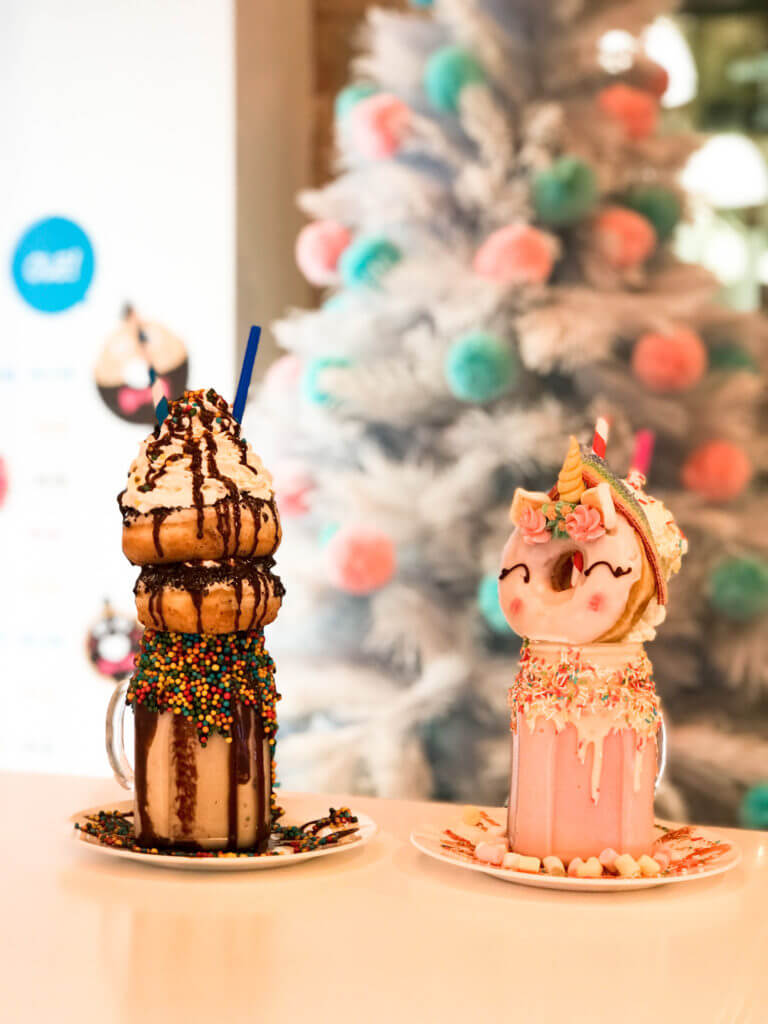 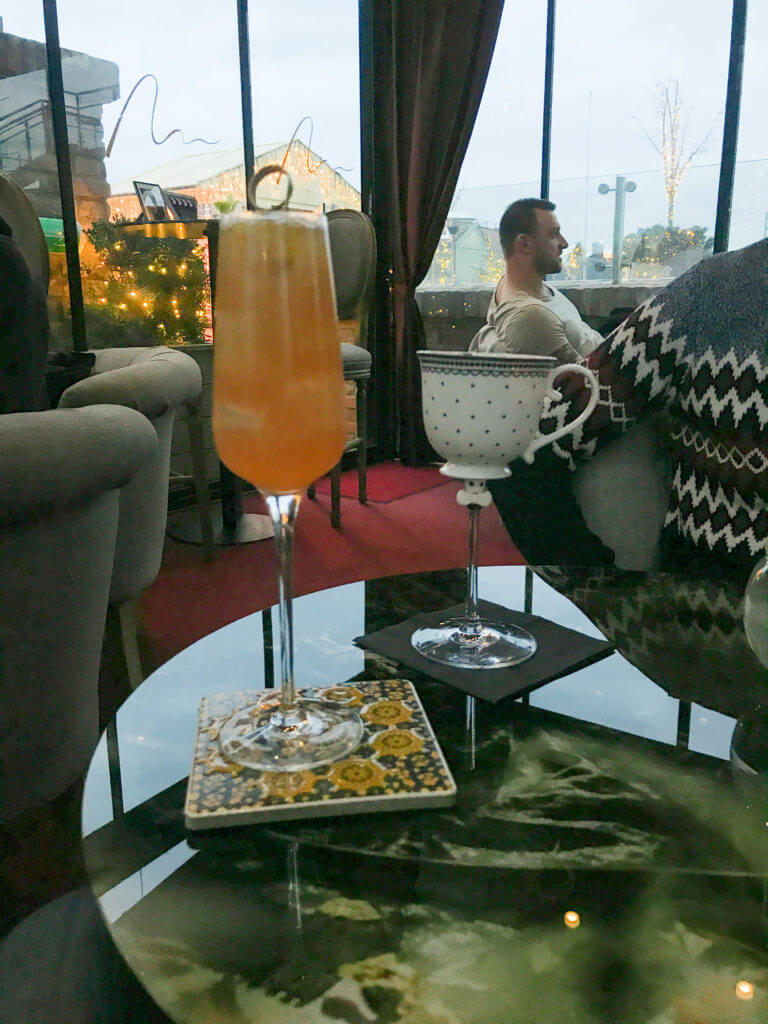 perfect for: coffee and dessert

what to try: Szerbo cake, although it was too sweet for my liking and some of their hot chocolates. 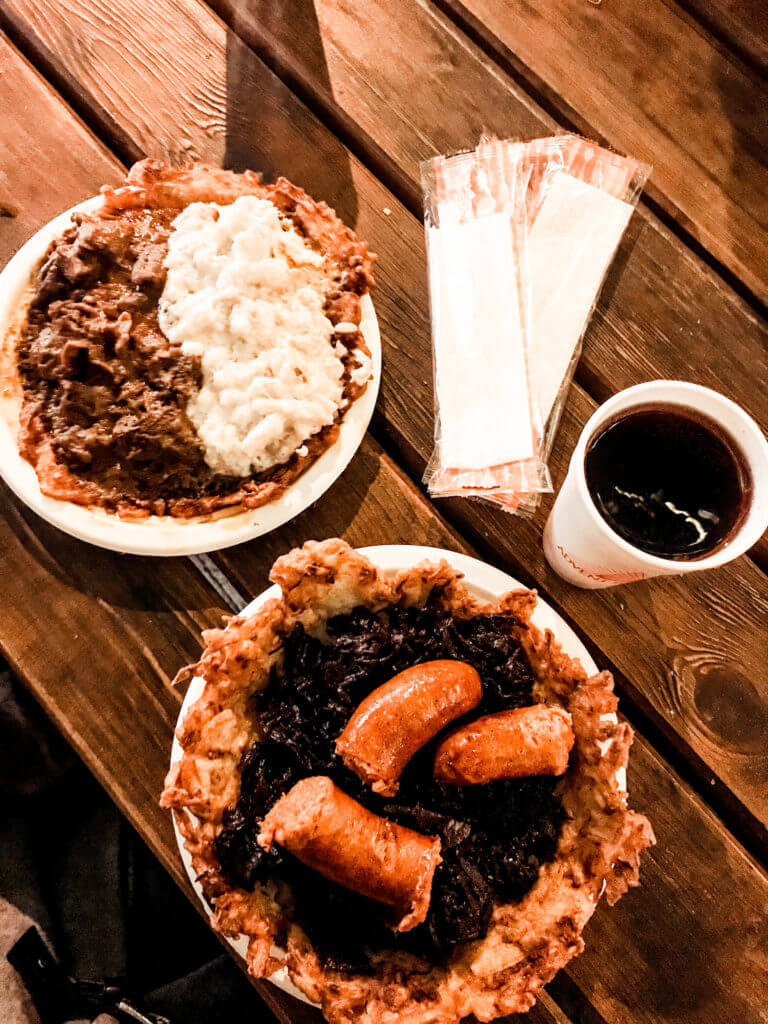 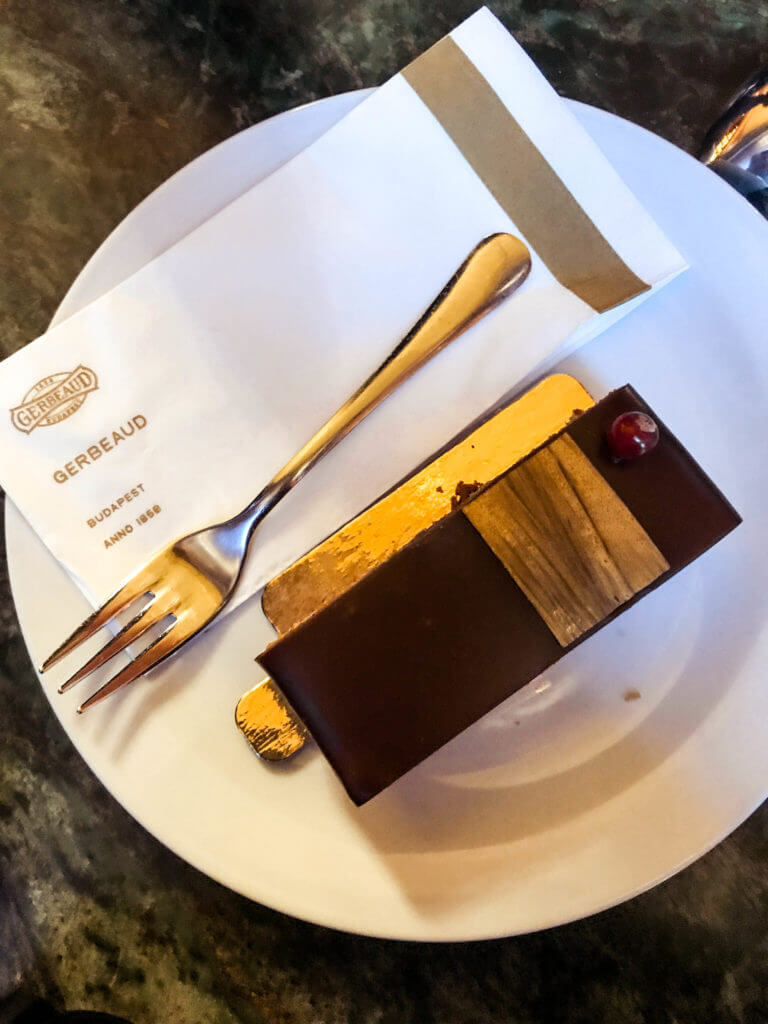 Overall it was a great trip, Budapest is a place that you have to visit in your life. Very interesting combination between East and West of Europe. For me 3 days were just about enough, although we didn’t see everything and had to skip on some things since we were short on time, but also working hours for some places were reduced due to the holidays. But I always say that I need to leave something for the next time.

You can check out my vlog from Budapest here 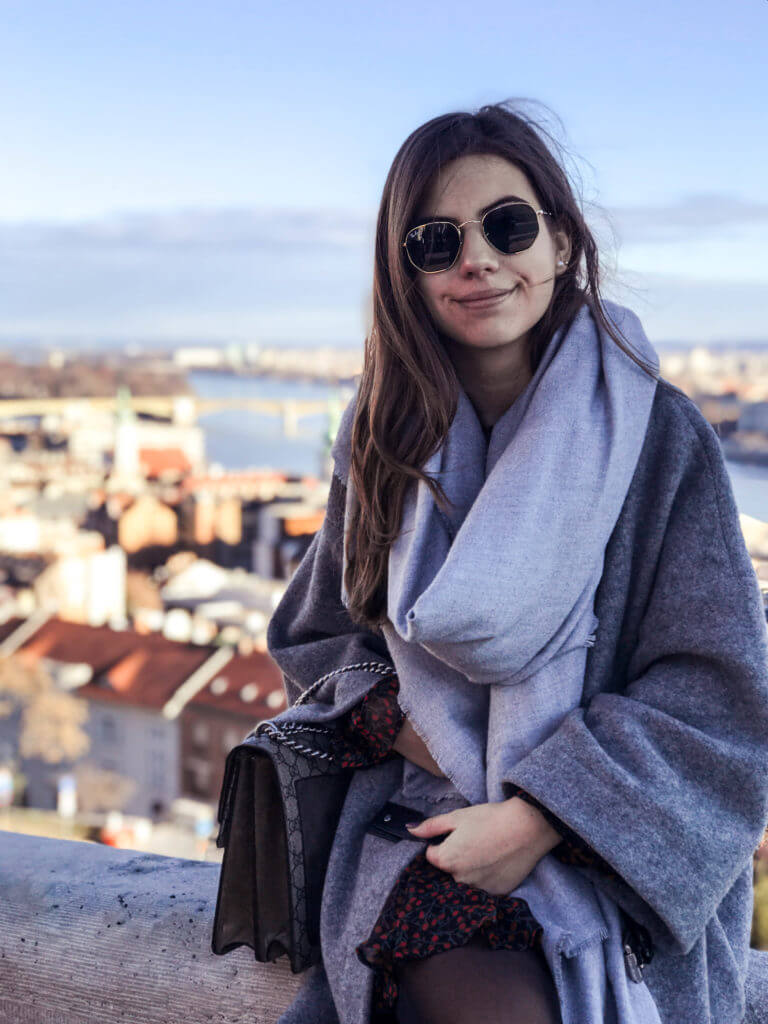 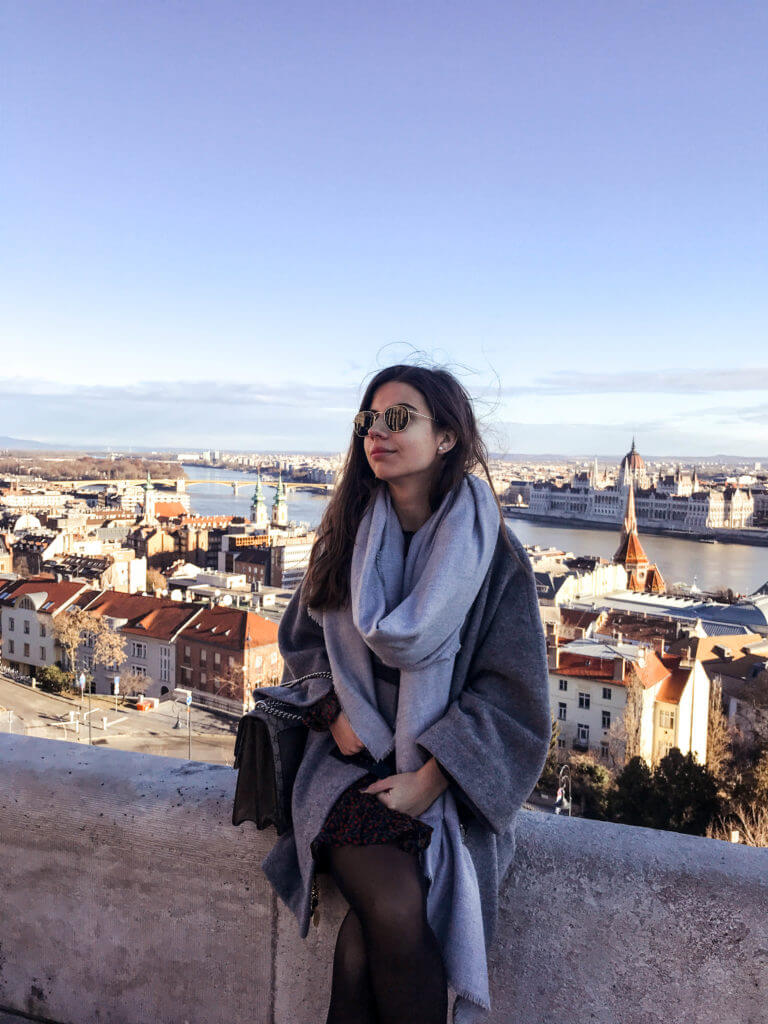