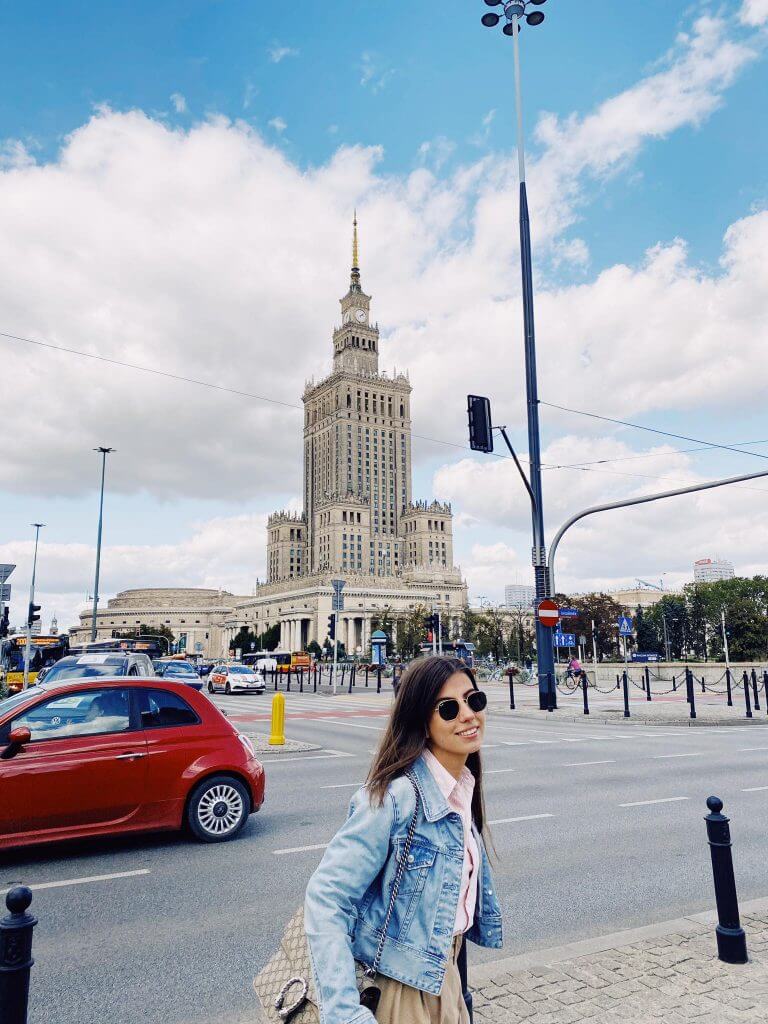 First part from my trip to Poland is from Krakow and the nearby sights of Krakow, click here to read that post. After 4 days in Krakow we decided to go and see Warsaw as well.

Warsaw is the capital of Poland. Compared to Krakow, Warsaw has way less tourists , which I personally liked. The architecture was very rich and beautiful. The city is mainly rebuilt since during WWII it was torn down. A beautiful city, that I would definitely move to.

It is larger than Krakow, the city is not that walkable. So for one place to another we usually took an Uber. Public transport is also an option, but due to COVID-19 we decided to not use it.

I would suggest staying in the city center or somewhere in the old town. For our stay we chose Hampton by Hilton Warsaw City Center. The hotel was lovely and very close to the Palace of Culture and Science.

Warsaw Old Town- although during WWII the Old Town was destroyed, but it was so well reconstructed so accurately that the area has been named a UNESCO World Heritage Site. Filled with restaurants, cafes, shops a very beautiful and picturesque part of Warsaw.

Castle Square- part of the Old Town is right in front of the Royal Castle of Warsaw. A beautiful square, from there you can see the Wisla river.

Explore Lazienki Park- it is probably the nicest park I’ve ever visited. It had lakes, fountains, an ancient theater, cafe’s, monuments and what not. I was there around sunset and it was beautiful, if we had more time I would have definitely went for a picnic during the day.

Visit the Royal Castle- a 13th century castle, today home to the Castle Museum. Although it is a reconstruction (the original castle was destroyed during WWII), most of the furniture and decorations inside are original.fter passing the lavish Royal Apartments of King Stanisław August, you visit the Lanckoranski Gallery, which contains a fascinating range of aristocratic portraits. You end the tour with a visit to the gardens which are absolutely stunning.

Where to eat & must tries:

what to try: their pierogi

what to try: any of their signature cocktails
With this I end the recap of my trip to Poland, which was lovely. Hope you enjoyed the posts! 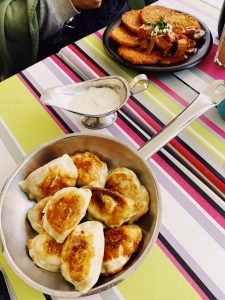