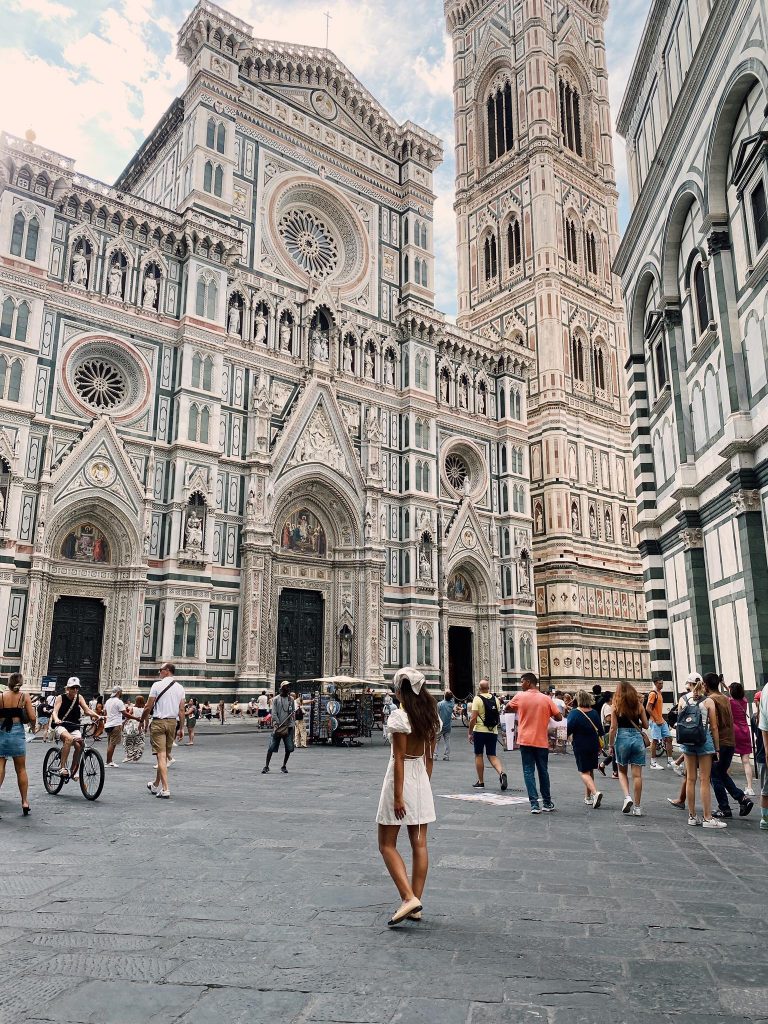 Florence is the home of the renaissance, art, architecture, history, literature and many more. Which is no surprise why this city attracts more than 10 million visitors each year. With legendary sights, renaissance architecture, winding streets and so much history Florence is a place that you must visit at least once in your lifetime.

It’s a perfect destination for art lovers, history buffs, foodies and good wine lovers. Florence is a great for any kind of trip from a family trip, to a group of friends trip to a romantic getaway. It’s a city that has so much to offer, so there will be activities for all types of people.

Florence is also a great starting point to discover Tuscany and its beauties, while in Florence I did a few day trips around cities and towns in Tuscany and I will write a detailed travel guide for it, so stay tuned. But let’s get into the important stuff. 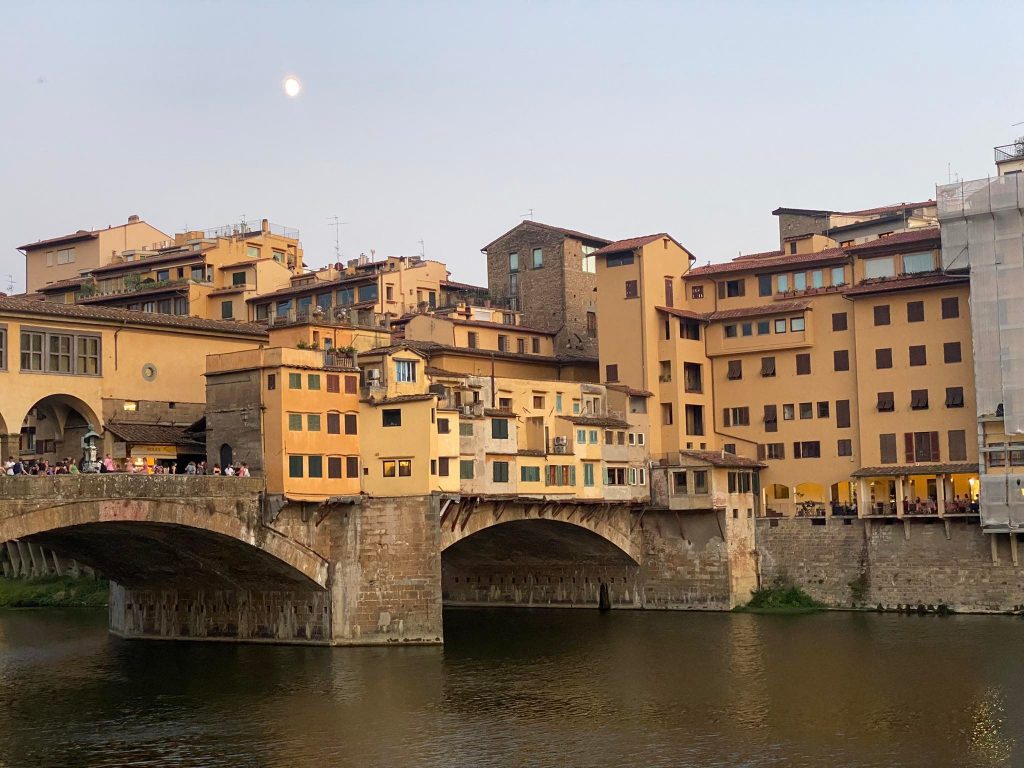 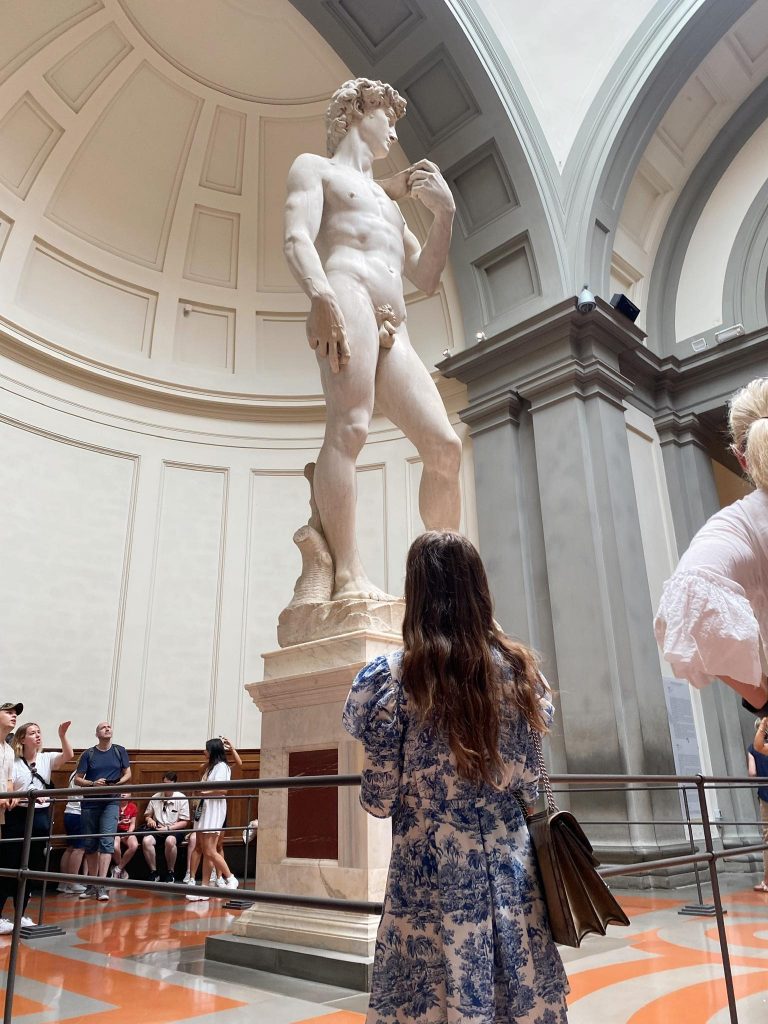 By plane- closest airports to Florence is Florence Airport (limited number of airlines operate to this route), second option is Pisa International Airport 1h-1:20h from Florence) and Bologna Airport (40min to Florence)

By train- Italy is very well connected with trains, so it’s easy to get from one city to another. There are multiple train companies that have direct routes to Florence from all over Italy. You can purchase train tickets online or on the train station. If you are visiting in high season (June-August) I would suggest to buy them ahead online, since they tend to sell out.

Florence is very walkable and you can easily get from one place to another. If you are staying in the center, everything will be within a walking distance. If you don’t fancy too much walking there are electric scooters you can rent through an app and they are all over Florence.

It will be spring (April to early June) and fall (September and October). Summer months are overcrowded with tourists and the temperatures are boiling.

Definitely go for the city center/old town. All the sights and main attractions will be within walking distance and close by. Hotels are pricier, but there are a lot of affordable Airbnb’s, just make sure to book in advance to get the best price. 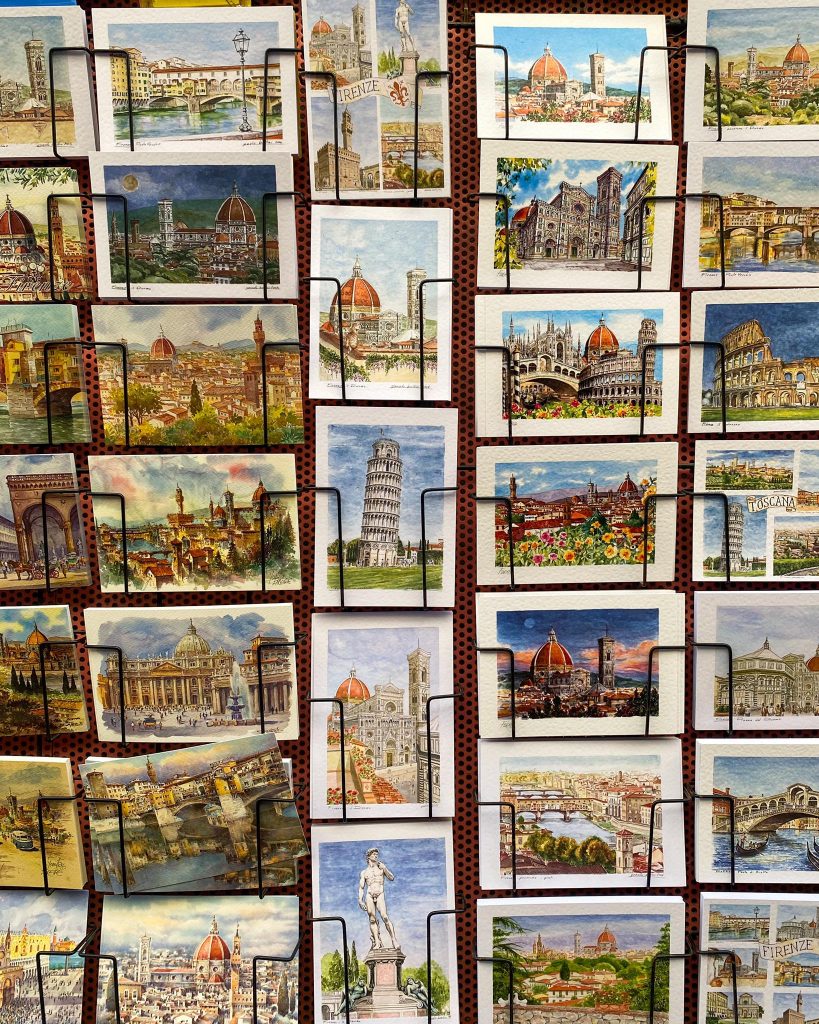 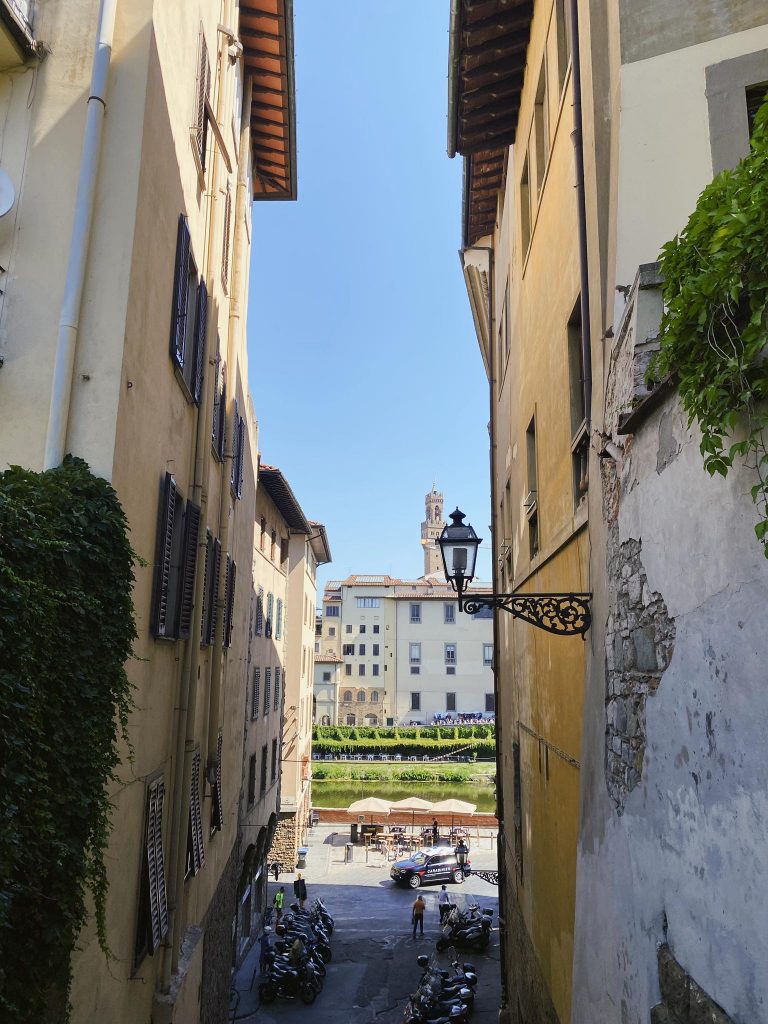 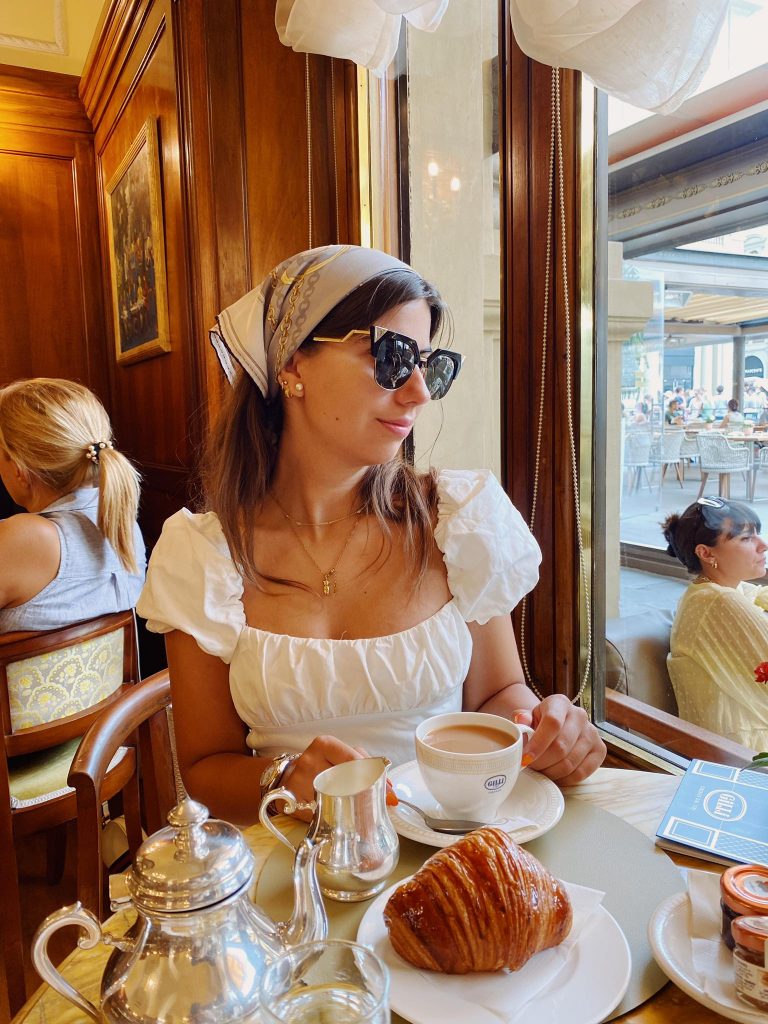 Must see and do:

Stroll by the river Arno- soak in the renaissance and medieval architecture. Cross the many bridges that connect both sides of the city including Ponte Vecchio. Visit local stores and grab a bite or drink in one of the many cafes and restaurants nearby.

Jewelry shopping on Ponte Vecchio- The Ponte Vecchio is a medieval bridge, built in 1345 it was the cities first bridge over the Arno River. Today, it’s the only surviving historic bridge in Florence, as all the others were destroyed during World War II. The bridge is lined with shops selling gold and silver jewelry. Perfect spot to get yourself or someone a souvenir from Florence.

See Michelangelo’s David Statue- Housed in the Galleria dell’Accademia, Michelangelo’s 16th-century David is one of the most impressive sculptures in the world. This is the one piece of art in the city that is a must-see. Since the line to get a ticket and enter was insane, we bought skip the line tickets via GetYourGuide [not sponsored], it was 25EUR per person and it was really useful since we would have spent hours waiting in line.

Galleria Uffizi – holds the world’s most important collection of Renaissance art (including the The Birth of Venus and La Primavera by Botticelli, Bacchus by Caravaggio, and Doni Tondo by Michelangelo). Unfortunetelly, since Florence was packed we were unable to get any tickets for the gallery, the first available tickets were for a week later. So my advice as soon as you book your Florence trip book tickets for Galleria Uffizi, the tickets are 20 EUR per person but there are also multiple sellers that sell skip the line tickets for 40-50 EUR per person.

Enjoy the panoramic view of Florence from Piazalle Michelangelo- the place for the best cityscape view. It requires a bit of a hike to get there but it’s totally worth it for the view. It’s magical during sunset but very crowded (at least in August), I also went early in the morning and it was empty and so much nicer.There’s a bronze cast of David here. Bring a bottle of wine and some snacks and enjoy the view.

Indulge on Tuscan cuisine and wines- Italian food is simple divine whatever you pick you will not make a mistake. But while in Florence make sure to try some Tuscan specialties such as: fiorentina steak, roasted meat (particularly wild game) , truffle pasta, and cantucci. Don’t forget to pair the food with some Tuscan wine such as Montalcino and Montepulciano.

Explore the Duomo- one of the most popular sights in Florence is the Duomo Santa Maria del Fiore. Filippo Brunelleschi, known as the father of Renaissance architecture, engineered the famous dome, which is still the largest brick dome ever constructed. Today it’s part of UNESCO World Heritage Sight. You can enter the cathedral as well as climb to the top for a panoramic view of Florence. The cathedral is free to visit but the dome, bell tower and museum require tickets.

Admire Palazzo Piti- built in 1457 for the Pitti family and was later sold to the Medici family. As major patrons of the arts, this palace serves as a beautiful ode to the Medici family’s contribution to the cultural advancement of Florence. It hosts an impressive collection of paintings from the 16th and 17th centuries, including works by Filippo Lippi and Botticelli.

Travel guides for other places in Italy